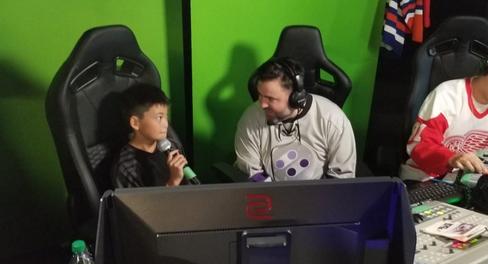 Back in Toronto, we go for the 4th tournament at a new venue "Waves Gaming". The newest and largest esports venue in Canada. Plenty of Setups and a Large Screen to watch the current stream games made it a fantastic environment for the tournament.

(All Photos Courtesy of Jer_33)

TSN (The Sports Network) covered our event while they doing a piece on NHL'94. You can watch it here ->  GOAT of hockey video games

​This was the first time we decided to spread it over two days. "Sega Saturday" and "Super Sunday".​​​​​ We also tried something different by introducing the new Duke Bracket, which was intended for new players or lesser-skilled players. We also went with Auto goalies only.

In Duke of 94 Action, Sean the Mon (Toronto Native) was bringing life to the event with high energy and funny comments. You can catch a few of his clips in the TSN video. I met Sean in the semi, only to lose on a Theo Fleury breakaway goal with about 3 seconds left to win it.  In the final, he would meet  Vocally Caged, from Pittsburgh. VC would defeat Sean the Mon to win the first Duke of 94 Trophy.

In King of 94 Action, Kingraph (6-0) was back in action after taking a hiatus from King of 94 - 3. Angryjay93 (6-0) and corbettkb (5-1) top their groups as well. The biggest surprise came when smozoma (9th Seed) knocked Kingraph (1st seed) down to the loser bracket in the quarter-finals 4-1 and 5-4. This game wasn't on the stream, but after the second game was over, a huge roar went through the venue. It felt like the Miracle on Blue Ice. Kingraph would have to work his back through the loser bracket.

The winner's semis saw Angryay93 beat CorbettKb, and newcomer, Thrillhouse, surprise everyone, to defeat Smozoma and make it to the winner's final. He would lose 5-2 and 7-2 and drop down where Kingraph was waiting. Kingraph would make quick work of Thrillhouse 8-2 and 7-2 to move on the meet AngrayJay93 in the final.

It was a best of 7, where Angrjay93 would start with a 1-0 since he had not lost a series yet.

A friendly stare down between the two best. AngryJay93 from Sacramento, CA (Left), Kingraph from Cranford, NJ (Right)

This ended up being the best NHL'94 series we would ever witness. But don't take our word for it.

​Here it is in two separate videos- > Part one   Part Two

Last year's champ, Federline, makes the trip out from Vancouver and we see the return of Mikail, the inaugural King of 94 champion. Other highly skilled players like Daf, Annatar, Ilife4NHL94 and Bobkudelski26 would help headline the field.

Before the start of the tournament, a nice gesture by another competitor who goes by "EA", presented Federline with the actual cartridge that he played to win the previous King of 94. A keepsake for life! Might be worth millions one day. Thousands even!

It was also a pleasure to have our youngest player ever, Cohen (age 10), competing in the Duke tournament. He surprised many by going 3-1 in the round-robin. No doubt he learned a few tips from his dad (ILive4NHL94). He was interviewed post-tournament to talk about his experience.

SNES Group A with Federline may have been the toughest group for the Round Robin. While Federline went 6-0, four of his wins were one-goal games. The rest of the group was in rough seeing 4 players (sickfish24, Casa Casanova, Etevans and Halifax) beating up on each other going 3-3 to squeak into the King of 94 bracket.

(Two setups for the stream allowing to switch between games)

We allowed the opportunity to those who finished with less than three wins to earn a wild card spot in the king of 94 bracket.

This is where we would see an incredible run from Rooster (2-4) to earn a spot and work his way up the ladder. Wins against KN and IrishAdrock in the wild card earned him a spot. Then he would take down Johnzors, Skankhunt42 and a big upset win over ILive4NHL94 to make it into the winner's semi. He would eventually fall to DAF but an overall top 6 finish was very impressive.

Federline and Mikail would go at it in the other winner's semi which may have been the series of the tournament. A very high-scoring affair with Mikail taking it and sending Federline down to the loser bracket. with scores of 8-7, 6-8, and 8-6.

As we narrowed down to the final three, Mikail was waiting in the final after knocking Daf down to the loser final with scores of 6-5 and 5-4.

The final would prove to be too much for Daf as Mikail took him down 4 games to 0. Mikail would become the first SNES two-time winner of the event!

Mikail accepting his King of 94 Trophy!

Some kind words from El Clouter (a new player who travelled from Quebec): I just want to say how I appreciated the tournament! You've been so great, and well-organized! I particularly appreciated that you welcomed me, and talked to me to break the ice. I can't wait to play in another tournament! 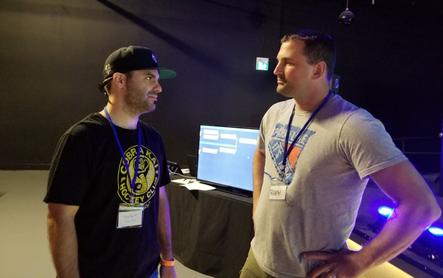 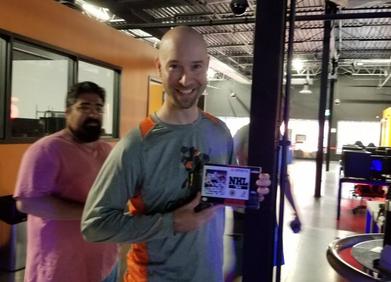 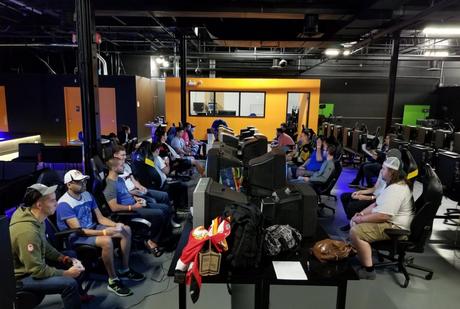 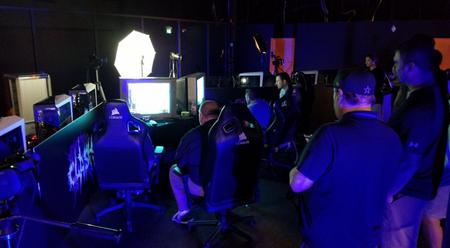 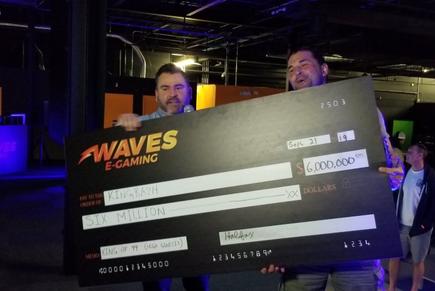 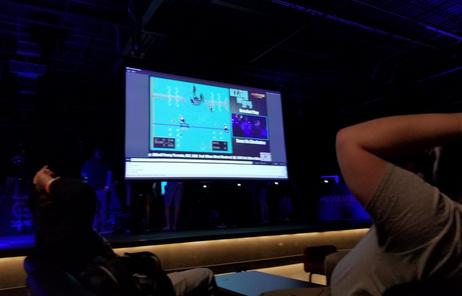